Most doctors and family physicians are keen on recommending over-the-counter drugs or natural remedies when a patient suffers from fever, pain, cough, or a certain condition like acute bronchitis. However, these drugs also pose some risks.

There are a lot of natural treatments to alleviate the symptoms of bronchitis, and one of them is spending time in a sauna or steam room. Many people would ask “how can a sauna help my bronchitis?”

For one, staying in a sauna can be beneficial to one’s health, especially when ill, as it has a calming effect, can offer symptoms relief, and can even clear cough. A sauna is also a fast-acting remedy for such conditions compared to drugs like NSAIDs.

In this article, we’ll have a deep dive into how a sauna can help alleviate your bronchitis.

Bronchitis happens when the primary lung airways (called bronchi) get infected, thus leading to inflammation and irritation. Its most common symptom is cough accompanied by a yellowish mucus secretion or phlegm. The other symptoms include wheezing, sore throat, and even chest pain.

Acute cases of bronchitis can last for three weeks, and it is commonly known as a chest cold. This affects around five percent of adults each year.

The main symptom of chronic bronchitis is the excessive production of mucus that needs to be expectorated through coughing. This type of bronchitis is commonly caused by tobacco smoking, though it can also be due to exposure to sulfur oxide, air pollution, and inhalation of hazardous dust or irritating fumes.

Acute bronchitis is the most common case, especially in adults. The good thing is that it can clear up on its own for weeks without consultation. You need to have a lot of rest periods and drink fluids to fully recover.

For chronic bronchitis, it can last longer, and most of its symptoms can linger for three months. As of now, there is no known cure, but several drugs can help alleviate the symptoms. Other important measures to remember are to stop smoking and avoid exposing yourself to smoky environments to prevent further progression of the disease.

How Sauna Can Help Your Bronchitis

Setting up a home sauna is easy and beneficial for alleviating symptoms of respiratory diseases. Staying in a sauna with hot steam directly affects your inflamed lungs by clearing congestion and overproduction of mucus or phlegm in minutes.

Moreover, a sauna can reduce inflammation as it clears excess mucus in your lungs after your sauna session. After each session, it is best to have herbal tea with honey to ease throat irritation.

However, do take note that there is no known cure for chronic bronchitis. Even OTC drugs can’t help. Sauna is only a measure to alleviate symptoms and minimize irritation or discomfort.

If you are suffering from bronchitis with the feeling of heaviness in your lungs, the traditional steam or sauna will let you feel the steam inside your lungs. Within minutes, the burden inside you is going to melt or break up as you clear out the phlegm.

Here are some of the important points that you need to consider when you use a sauna to ease your symptoms:

The steamy heat from a sauna or home sauna is what relieves bronchitis cough. It is performed by direct inhalation of the steam into the lungs, followed by other measures like drinking tea, warm water, rest, and a warm shower to loosen the excess mucus.

On the other hand, a steamy sauna is different from an infrared sauna. It is because the heat used to transmit inside the body is infrared rays, not heating an entire room just like a steamy sauna does.

A common cold can be prevented through exposure to hot and dry air produced by an infrared sauna, but it has no effect to relieve cough.

Other Measures to Relieve Bronchitis

There are other measures to get rid of bronchitis other than steamy saunas. Here are some of them:

Home saunas or steamy saunas are known to relieve symptoms of bronchitis instantly, but not cure them. However, regular sessions can lead to long-term benefits such as preventing common colds and improving the overall health function of the lungs.

If you want to speed up your recovery, make sure to consider the other measures mentioned after every sauna session. 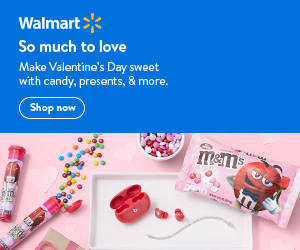