Most people take the shower faucet for granted because it’s something that you use without really looking at it. However, if the right one is not chosen, you might end up with a fixture that does not complement the whole theme of the bathroom.

With all the choices available, it may be hard to determine which is the best shower faucet for your bathroom. Luckily, we’ve prepared this comprehensive guide with shower faucet reviews.

Things to Look for in a Shower Faucet

There are generally two types of shower faucets that you can buy–  the traditional two tap mixers and the single tap mixers. The two tap mixers have two levers with one indicating cold water with a blue circle and hot water with a red circle. It is an old type that controls temperature and flow rate.

The other type is the single tap mixer. This one has just one lever and can control both flow rate and temperature at the same time. It’s more convenient as you don’t need to deal with two levers for this one.

Has a Thermostatic Mixing Valve

Fortunately, all of the brands in our list are of top quality and have very reasonable prices. So anyway, let’s get to the products.

Known for its sleek look and trademarked Ashlyn In2ition 1 Handle 5 Spray Tub and Shower Faucet set, it’s definitely a great luxury item for most homeowners. The set contains a handheld shower head that operates separately from the luxury shower head that is part of the kit.

This allows you to have two streams of water with two different pressures and temperatures at the same time. It is also pressure balanced and has a good flow rate of 1.75 gallons/minute. 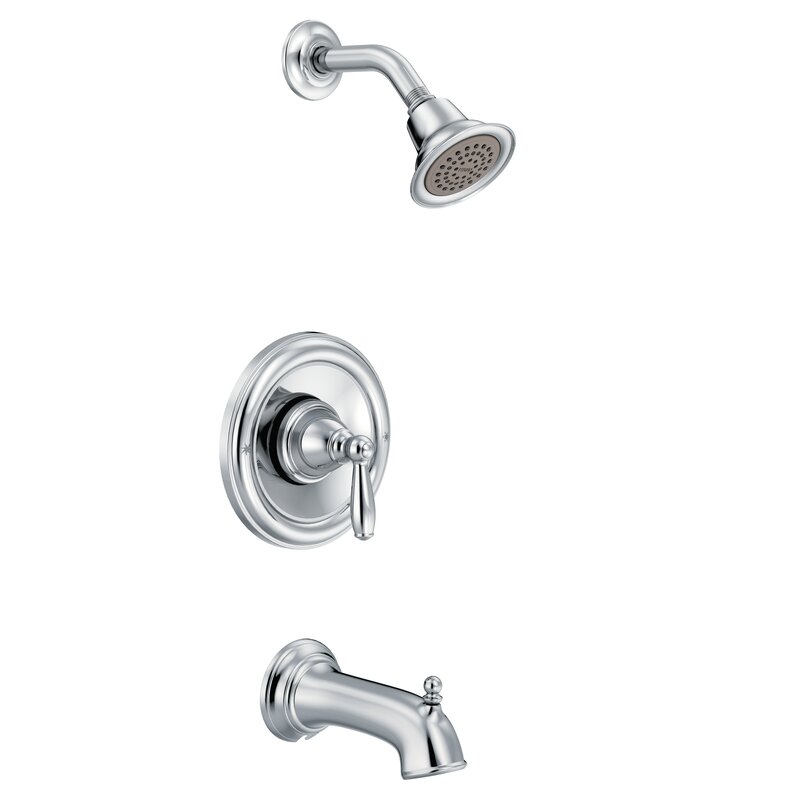 Moen provides some of the most worthwhile shower faucets that you’ll be able to find. The Moen Brantford Tub and Water Faucet, in particular, is one of the most durable shower faucets that you can find anywhere because of its Chrome Plated finish. Other than its durability, it is also lightweight and simple in design. This makes it very easy to install and also easy to use at the same time. 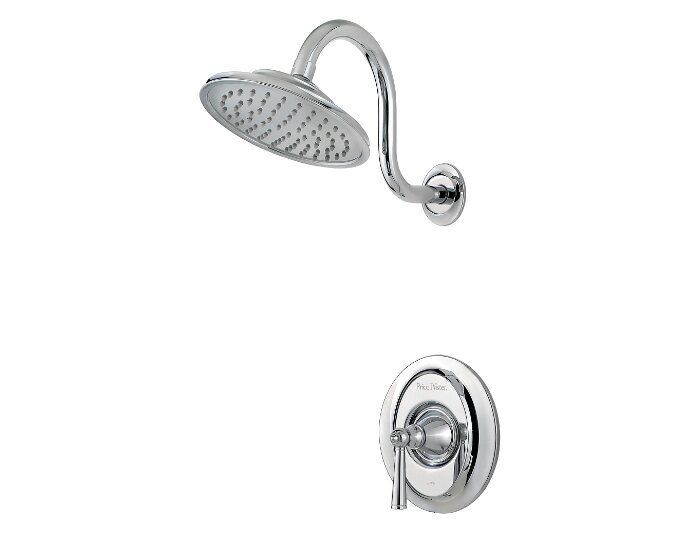 This Pfister model has a lot of cool features that make it one of the best shower faucet and shower head set that you’ll be able to find. First of all, it makes use of an advanced ceramic disc valve technology that ensures prevention of leaks. This is also actually one of the best luxury shower heads if you’re looking for soft rain spray. The rain shower head provides probably the most relaxing shower rain you can experience. 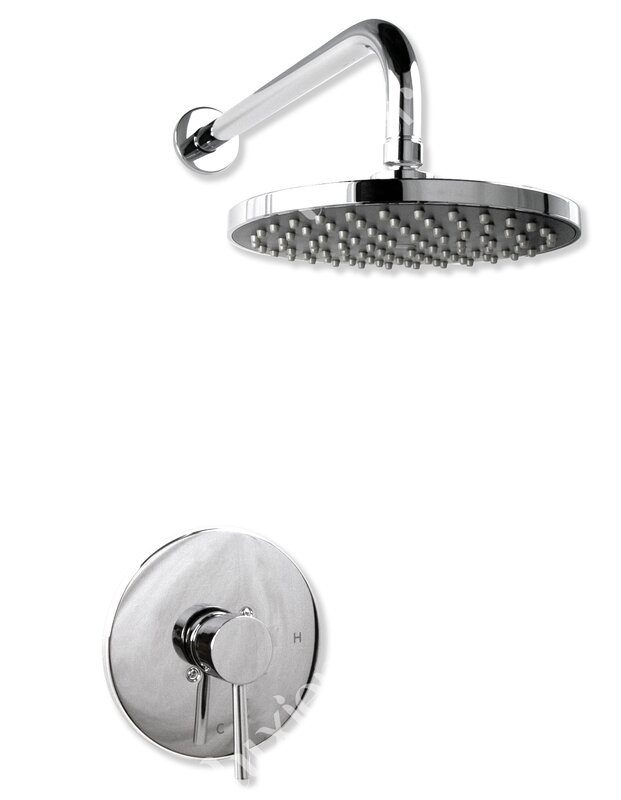 One of the primary things that you’ll notice from this shower kit would be its big head. The reason why it has such as big head is to give more coverage. In fact, it has a total of 90 shower sprouts allowing you to experience a full and relaxing shower from this luxury rain shower head. Couple this with its powerful flow rate of 1.5 gallons per minute and you’ll definitely have a great shower experience. 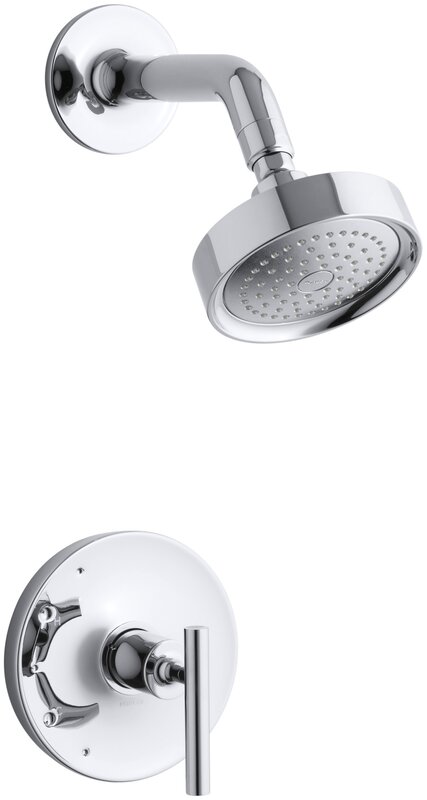 While it’s a bit plain looking and doesn’t have a high coverage, it makes up with its compact design and functionality. Out of all the shower heads in the list, this is definitely one of the most powerful ones. Its compact sculpture contributes to it having a flow rate of 2.5 gallons per minute, making it very strong and able to blast a lot of water in a short given time. 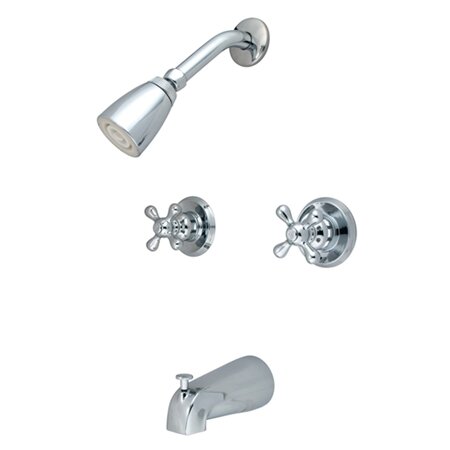 If you’re looking for something that has a more traditional and classic design, this is it. Although it is built to look like classic shower faucet kits, it’s still very sturdy being made out of top grade brass. You’ll also notice that the artistry of the metalwork is very fine and detailed. This design gives you a really stylish and elegance shower piece and decorative accessory for your bathroom. 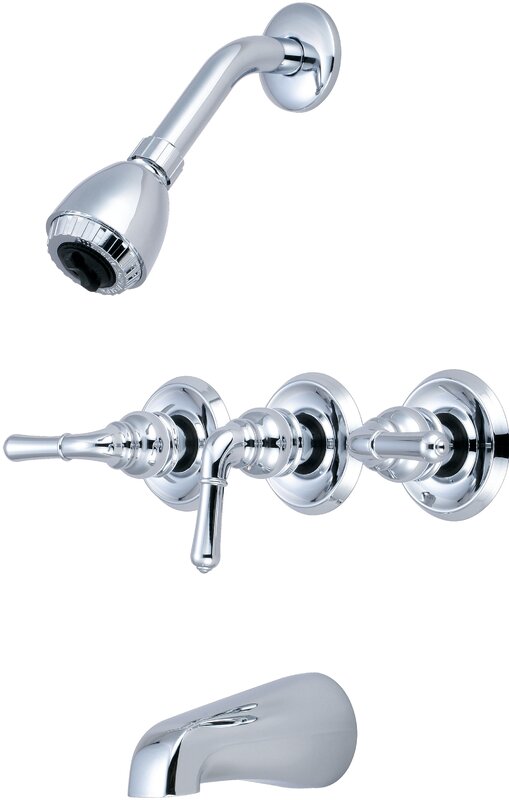 The Olympia Faucets Triple Lever Handle has three levers that give you more control over your shower. With the triple lever feature, you can easily control the volume of water, pressure, and temperature all at the same time by using the three levers. It comes with a compact shower head that is very powerful with a flow rate of 2.5 gallons per minute. It also comes right with a tub faucet in case you have a bathtub. 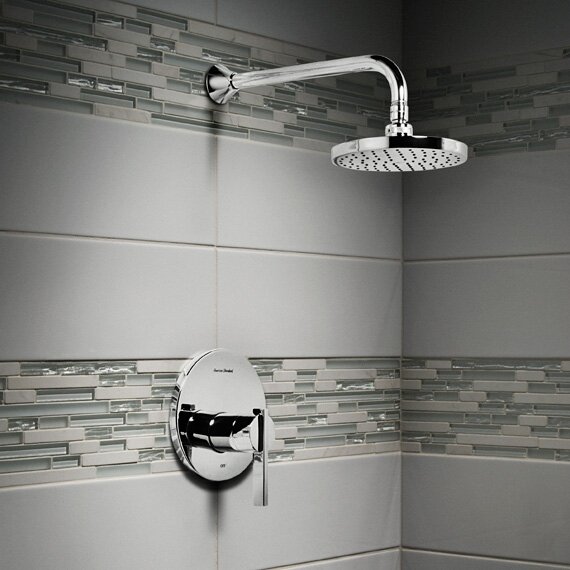 If you’re looking for a shower faucet that gives you a lot of power but saves you a lot of money at the same time, then this is the one you’ll want. It makes use of FloWise technology that utilizes an exclusive turbine technology to give off a very strong shower but with water saving properties. It also has a very wide coverage, giving you a very full shower covering your body. 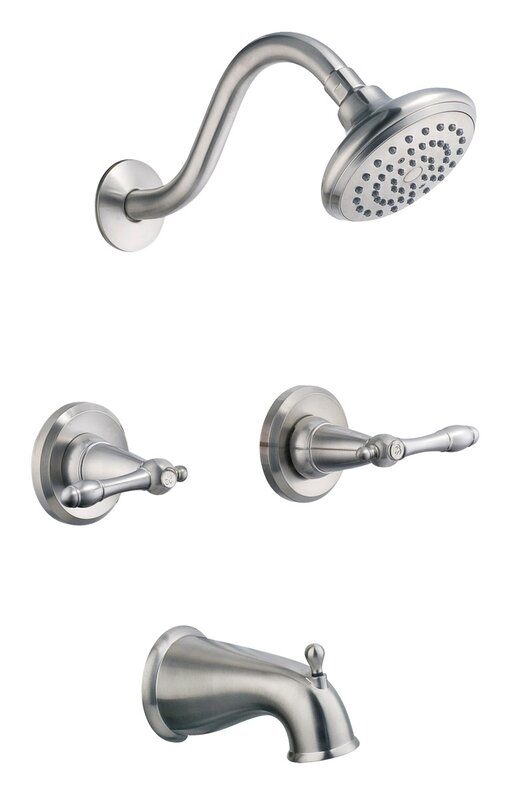 What makes this stand out the most would probably be its finish and its design. It has a unique metal look that has a different shine as compared to most other showers. Its shine is a little bit dull but also a little bit vintage. This is because of the material used to make the shower kit– Satin nickel. Couple this with the curve shape of the showerhead’s neck, and you’ll have a really different vintage shower in your bathroom. 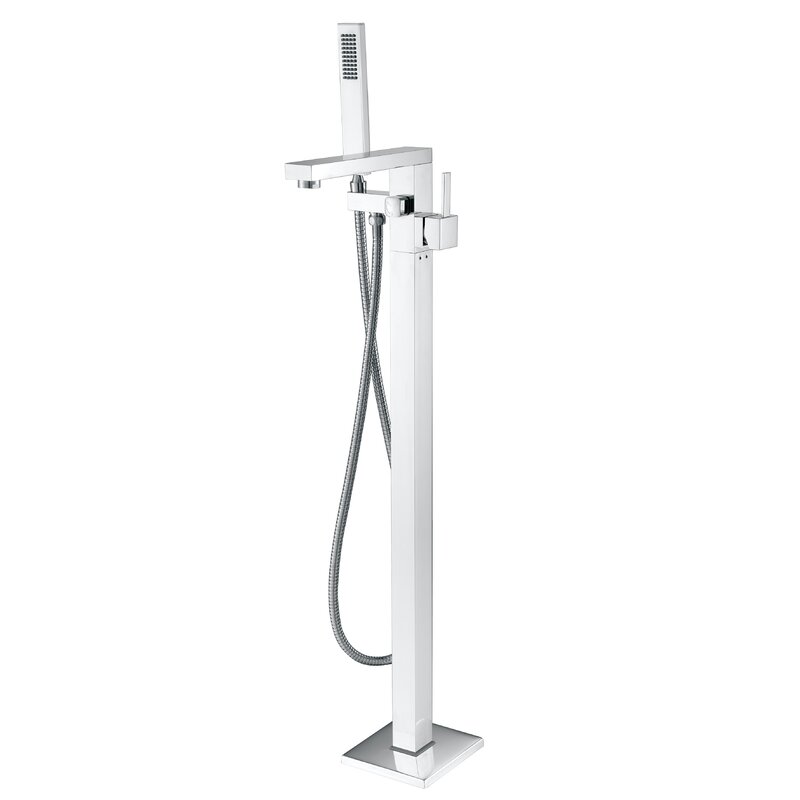 What’s unique about this shower faucet is its architecture. Not only does it have a beautiful design, but it’s design is also a hose type design, making it a handheld shower. It has a very modern look and a shiny chrome. It also comes with a stand where you can leave the shower head.

In our personal opinion, the clear winner of the round up would be the American Standard Berwick Volume Shower Faucet. This is because this model provides you with all the features you’ll need. It has a single lever that can control pressure, temperature, and volume all at the same time. It also comes with a heat limit mechanism and also a water saver feature.

By comparing it with the other brands, we can see that the features go well with what we’ve mentioned in our buying guide. First, this model has a modern thermostatic mixing valve for easier temperature control. It also has a very nice finish and design plus it has a reasonable price.

This comparison allowed us to see which of the ten is the best shower faucet that one can possibly have. Our comparison lead us to this choice. 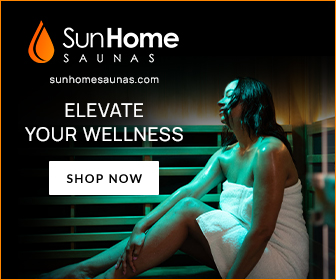