Not all showers can give you a relaxing and calming experience after a hard day of work. This is why some people choose to get a luxury thermostatic shower to get the most from their shower experience. This type of shower is good for people who frequently experience tense muscles and body pain.

Most people confuse a thermostatic shower with a pressure balance shower because both showers can control the heat and the pressure of the water. While they’re pretty similar, they’re actually different luxury shower head types that function a bit differently than what most people think.

Here are some of the things to know about these two types of showers:

This is the more common type of shower people use because it’s the more affordable option. The pressure balance shower makes use of just one handle control for you to control both pressure and temperature. When you lessen the pressure of your shower, you’re also lessening the cold water coming from your handheld shower head. This’ll prompt a surge of really hot water.

This is also why flushing the toilet also gives off very scalding water. When someone flushes the toilet, the cold water that’s supposed to go through the shower line goes to the toilet bowl instead. This is why pressure lessens and cold water lessens, leaving you with only hot water.

They work by making use of a special wax inside the valve. Whenever the valve heats too much, the wax expands to block off the hot water. When it’s cold, the wax shrinks. This little mechanism allows you to have full control on your shower. So, if ever someone in your house flushes the toilet while you’re taking a bath, you won’t have to worry about the water becoming too hot even if the pressure lessens.

The Benefits of Thermostatic Showers

In the section above, we’ve mentioned that thermostatic showers allow you to control the temperature and pressure of the shower. In this section, let’s get down to more of the benefits that you can get if you switch your shower to a thermostatic shower.

One of the best things about this type of shower is that you can control the heat with the dial. The dial has figures there that indicate the temperature in degrees. All you have to do is set the dial to the temperature that you want and you’ll get the right amount of heat.

There’s usually one dial for cold water and one for hot water. If you mix the usage of these two dials, you can customize the hot water the way you want to.

This shower gives you convenience in a way that you won’t need to keep on adjusting the shower when you take a bath. With a regular shower, you have to adjust the pressure when someone turns on the sink faucet or when someone flushes the toilet so that you won’t get scalded.

With a thermostatic shower, you won’t have to keep on adjusting the pressure because the shower can do that for you. This is because of the wax inside the valve that we’ve mentioned above.

Has a Nice Look

Most of the normal showers are kind of bulky because the valve is on the outside. However, a thermostatic valve is concealed. This means that it doesn’t take up much space on your wall since the valve is inside the wall.

Not only will it give you more space when you’re inside your shower, but it’ll also add to the overall minimalist look of your bathroom.

Believe it or not, thermostatic showers have really good energy saving capacities. You see, whenever you adjust the heat and temperature, you’ll be using a lot of electricity.

So, if your shower is self-adjusting, you won’t have to keep on using surges of energy every time you keep on adjusting the temperature. 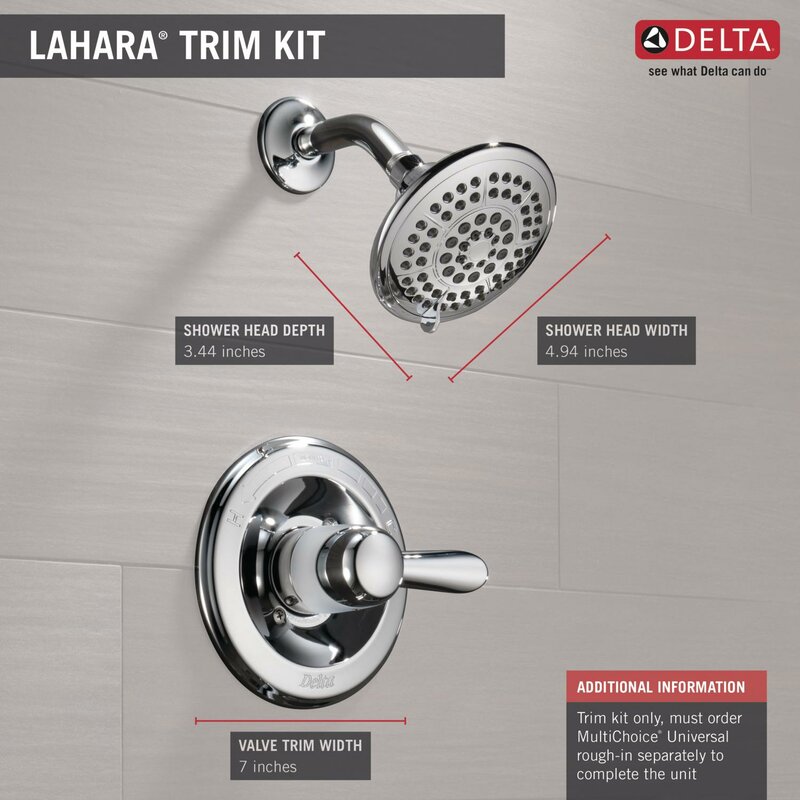 The Delta Lahara Thermostatic Shower is both aesthetically appealing and fully functional. It makes use of a special H2Okinetic Technology that creates waves out of the water. It’s just like the water flow of a luxury rain shower head but with a little more definition and style.

Like all Grohe showers, the Grohflex is also a great high-quality shower. In this set, you have a combined shower faucet and shower head that you can add to a shower and a bathtub. 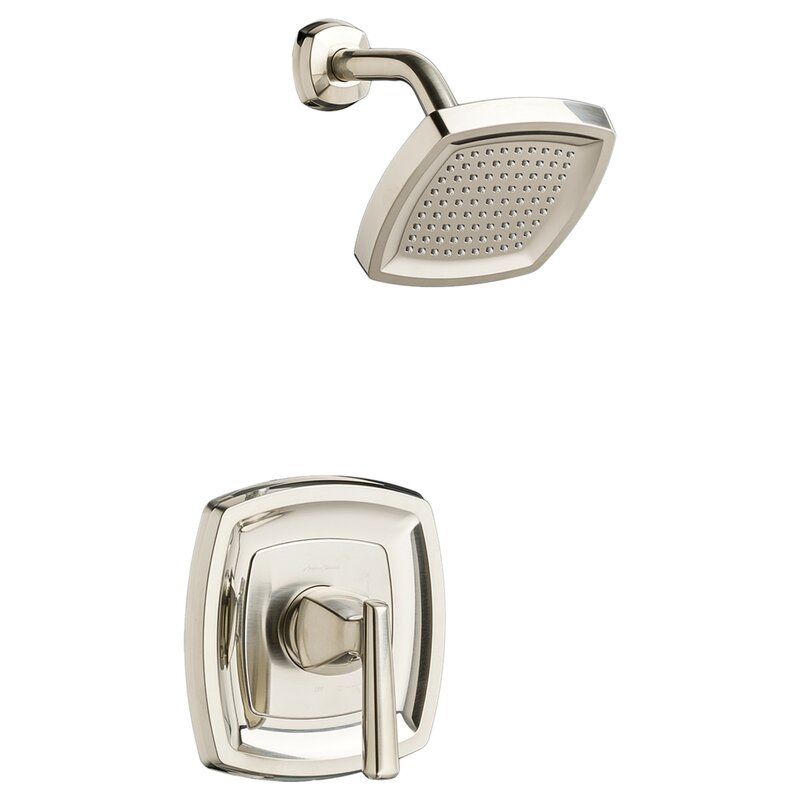 American Standard is known to be one of the most well-known and trusted manufacturers of showers and other home appliances. They certainly don’t disappoint with this model. It’s a very minimalist thermostatic shower with a trim kit and simple metal lever. It also has a square-shaped shower head for a fuller spray.

If you’re after something that looks more elegant and stylish, the LaToscana Novello is definitely the shower you’re looking for. It has a very sleek and shiny look that adds to your bathroom design. Other than that, it’s drip-free and can last a long time. 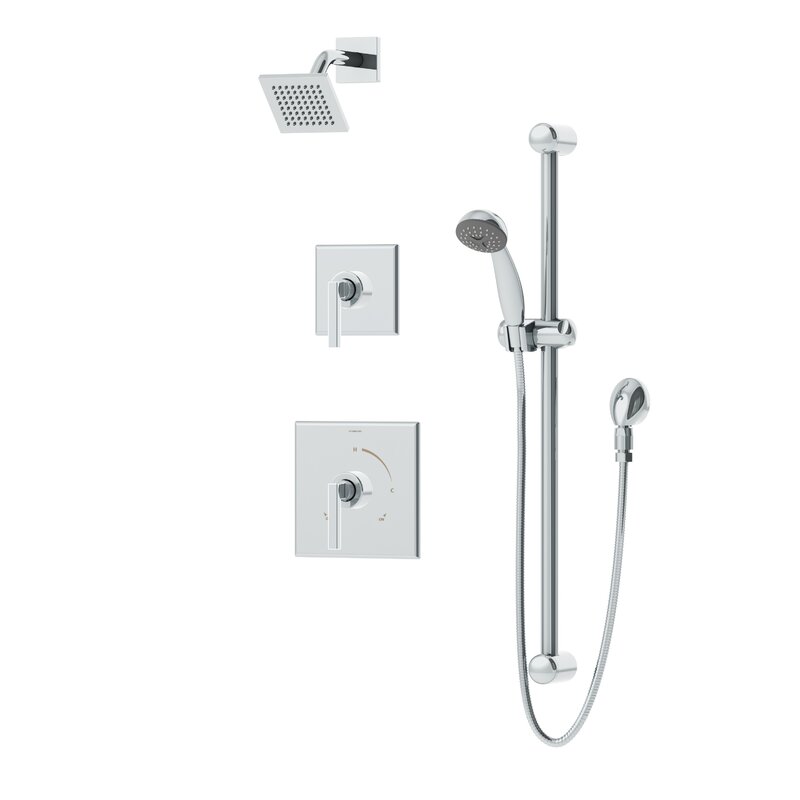 The Symmons Duro Thermostatic shower comes complete with a showerhead, hand shower, rough in valve, diverter, and valve trim. With a 2.5 GPM flow rate, this is one of the strongest showers you’ll find on the list. It also has a metal lever handle for easy shower handling. 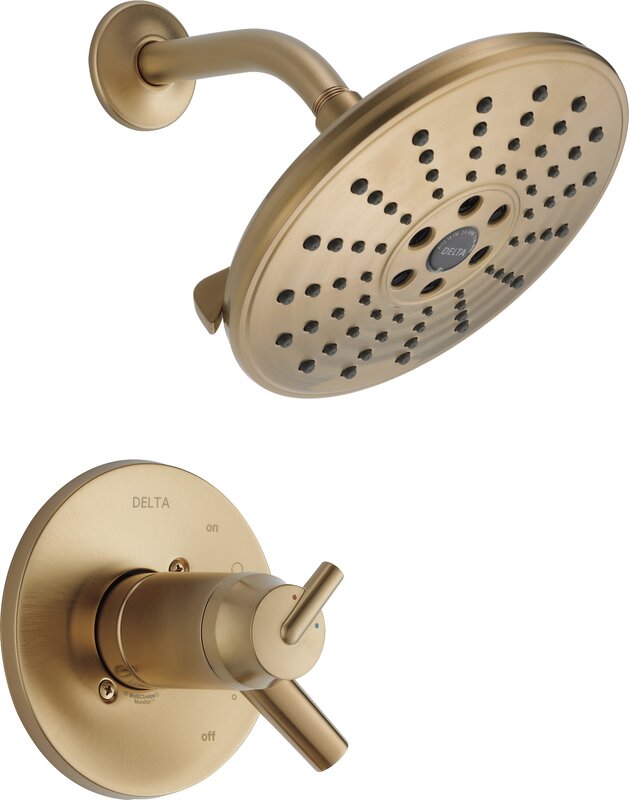 One of the most interesting features about this shower is its TempAssure thermostatic cartridge. This cartridge gives you the ability to measure and adjust the temperature easily. The shower is easily customizable and simple to control. 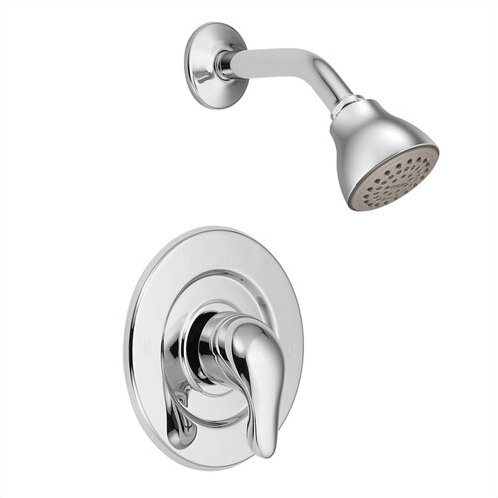 This really cool high tech shower panel comes with 8 body jets and one overhead shower with high coverage. This can give you a water spray from virtually all directions, top, middle, and bottom. The jets also all have a PSI of 72.7 with a flow rate of 2 gallons per minute. It also has 3 control knobs for complete control of the water.

Out of the 10, the best choice will definitely be the AKDY Complete Panel Thermostatic Shower. It has a very strong set of shower jets and big overhead shower. This gives you complete and full water coverage.

If you want to wash specific parts of your body, you can use the handheld shower. You also have complete control of the temperature because of its thermostatic control valve.